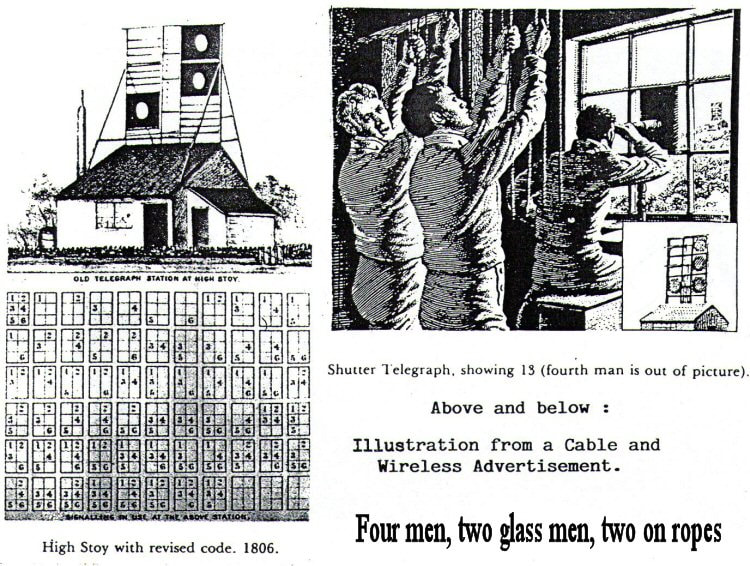 Shutters on a wooden frame were pulled open or closed by rope or chain operated by men in a cabin below, and the 63 different combinations could represent letters, code words or numbers. The shutter telegraph was built in 1807 as part of the 146-mile route between London and Great Yarmouth but it was abandoned in 1814 in favour of a simpler semaphore system.There were claims that a message could be conveyed and its reply received within a quarter of an hour whereas a mounted messenger could take three to four days! From Great Yarmouth the route went to Strumpshaw - where the implement was on a hill south of the church - and Norwich (Mousehold Heath, on high ground at the top of what became Telegraph Lane off Thorpe Road) before heading for Wreningham, Carleton Rode and East Harling. Altogether there were 18 of these devices between Yarmouth and Whitehall, seven-mile intervals being preferred when the terrain permitted. The sites chosen were usually on high ground because each had to be visible from the next in line.
The site of the Carleton Rode Shutter station is now occupied by Telegraph Farm.